Looking at photos like these scares and fascinates me in equal doses. The sheer scale of these holes reminds you of just how tiny you are. Mirny Diamond Mine, Siberia. I'm pretty sure most people have seen this one. It's an absolute beast and holds the title of largest open diamond mine in the world, at 525 metres deep with a top diameter of 1200 metres there's even a no-fly zone above the hole due to a few helicopters being sucked in. 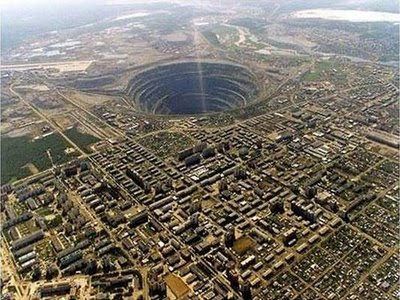 The red arrow in the photo below is pointing to a huge truck. 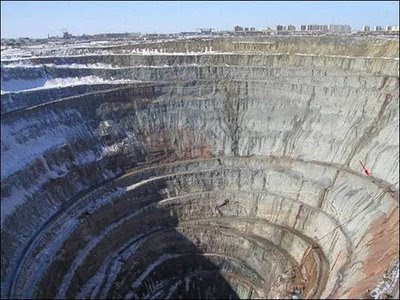 Kimberley Big Hole - South Africa apparently the largest ever hand-dug excavation in the world, this 1097 metre deep mine yielded over 3 tonnes of diamonds before being closed in 1914. 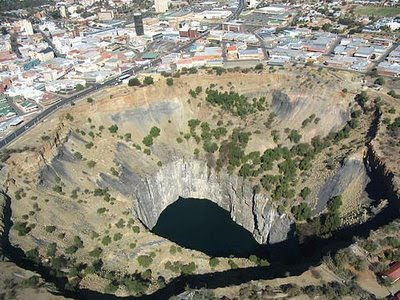 The amount of earth removed by workers is estimated to total 22.5 million tonnes. 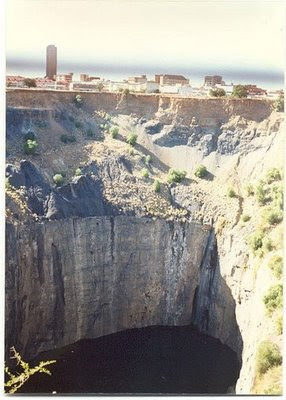 Glory Hole - Monticello Dam - A glory hole is used when a dam is at full capacity and water needs to be drained from the resevoir. 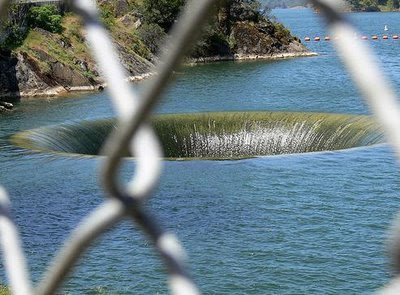 This is the glory hole belonging to monticello dam in california and it's the largest in the world, its size enabling it to consume 14400 cubic feet of water every second. 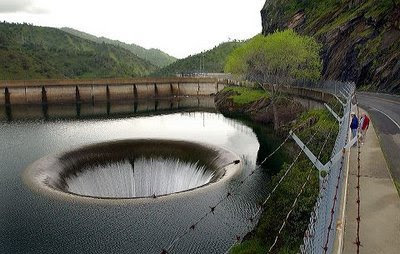 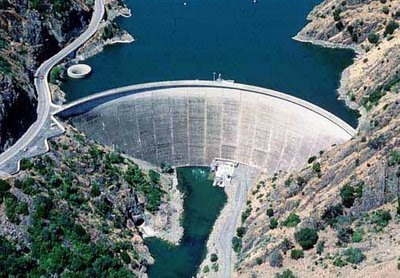 The hole can be seen at the top middle of the photo above. if you were to jump in for some reason your slightly damp body would shoot out near the bottom of the dam (below). 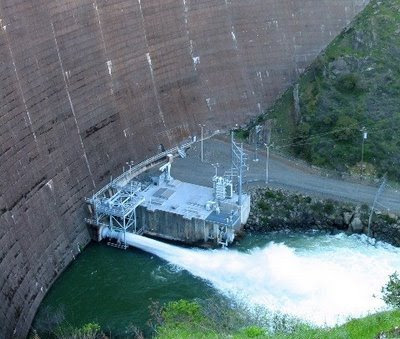 Bingham Canyon Mine, Utah, this is supposedly the largest man-made excavation on earth. extraction began in 1863 and still continues today, the pit increasing in size constantly. in its current state the hole is 3/4 mile deep and 2.5 miles wide. 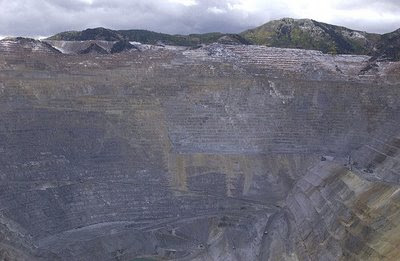 Great Blue Hole, Belize situated 60 miles off the mainland of belize is this incredible geographical phenomenon known as a blue hole. there are numerous blue holes around the world but none as stunning as this one. 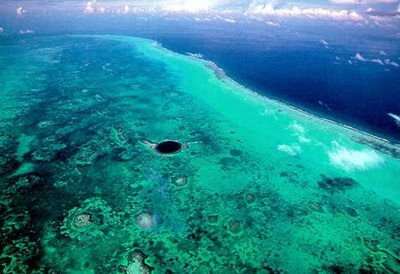 at surface level the near perfectly circular hole is 1/4 mile wide, the depth in the middle reaching 145 metres. obviously the hole is a huge hit with divers. read more here. 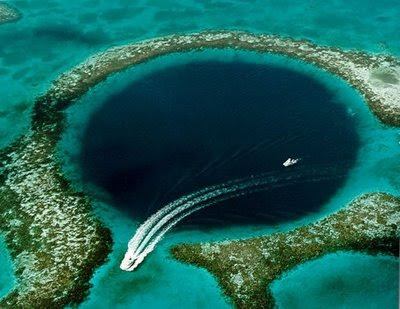 Diavik Mine, Canada this incredible mine can be found 300km northeast of YellowKnife in Canada. 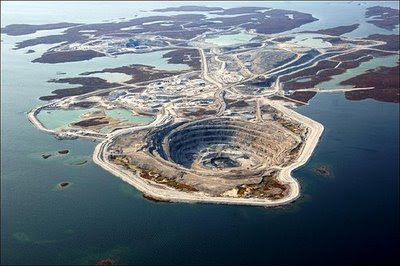 The mine is so huge and the area so remote that it even has its own airport with a runway large enough to accomodate a boeing 737. it also looks equally as cool when the surrounding water is frozen. 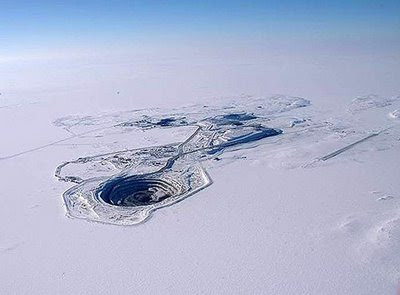 Sinkhole, Guatemala - a sinkhole is caused when water (usually rainwater or sewage) is soaked up by the earth on a large scale, resulting in the ground collapsing. 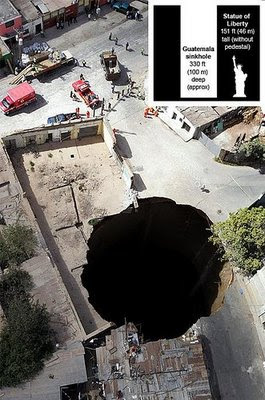 These photos are of a Sinkhole which occured early this year in Guatemala. The hole swallowed a dozen homes and killed at least 3 people. 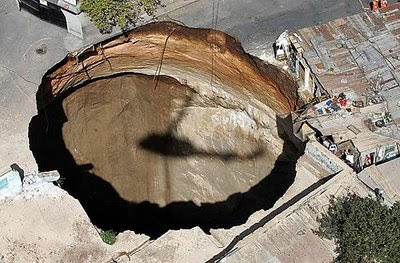 Officials blamed the monster of a hole on a ruptured sewage pipe. 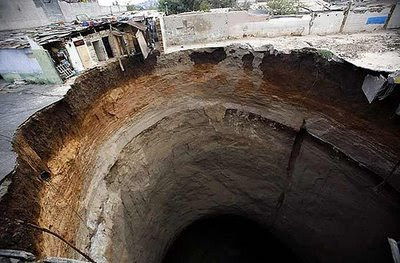