Thomas Beatie Is First and only transgender man in the world who had given a birth to the baby girl, Susan on June 29. 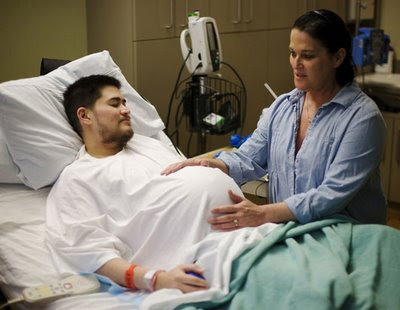 Now he is pregnant again with his second child.

He and his wife Nancy Beatie is very excited with another pregnancy. It was possible because he had not started to take male sex hormone. He is having regular hormone checking and it is all right on the way. When he was pregnant first time he wrote e-mail with his photograph of pregnant belly and his bearded face to the national gay magazine. Soon the news spreads on internet and he became hot topic for media, photographer. He had also suffered from many e-mail regarding hate and threats. 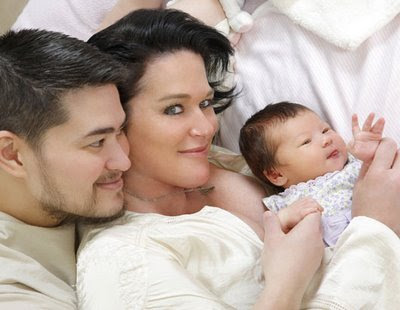 Thomas beatie was born as beautiful girl in Hawaii. But he never felt girl in him.

He was also finalist of Miss Teen Hawaii USA contest, but it was very uncomfortable with him. In 1998 he went for gender change. Medical science helps him with hormone therapy. His breast was removed and legally allowed to change female from male.

He was pregnant with donor’s sperm, and became father who had given birth to his child.
at 12:31 AM