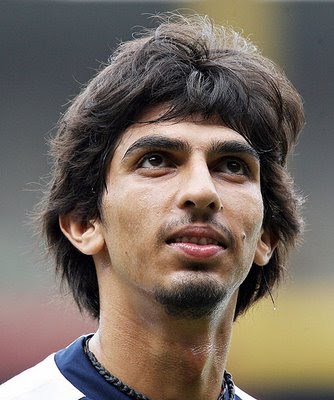 Ishant Sharma, who has been ruled out of the remainder of the one-dayers, used his injury break for this make-over.

Almost year ago M.S. Dhoni decided to do away with the very thing that was seen as his USP, something that people felt, added to his personality... made him stand out in a crowd- his beloved long locks. M. S. Dhoni got rid of his long locks last year. They were no ordinary strands of hair. Those were the hair which had drawn appreciation from none other than the then Pakistan President Parvez Musharraf.
at 11:03 PM

Email ThisBlogThis!Share to TwitterShare to FacebookShare to Pinterest
Labels: Indian